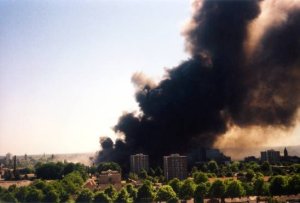 Culture Mile of Enschede, City of Enschede 2008
Free communication and transparency of private live throughout 24 hours open line in between the households, institutions and companies located along the culture mile.
An Internet portal should be established giving information and offering downloads of the Intercom System.
All people connected communicate with each other 24 hours on an open channel (CM_Radio).
Each member is provided with certain hardware units in the shape of a radio display inside the wall. In the public outdoor specially designed units will be installed at reasonable places along the mile.

Topics:
Public Units in public places along the Culture Mile should be installed, so that side walker can witness and interfere into the communication net of CM_Radio at all time.
• A portal of CM_Radio should be published in the Internet offering a live stream along with a chat-room and other information about the Culture Mile project.
• At all time certain musical programmes can be played (back ground music).
• The candidates provided with a unit could organize musical performances and programmes.
The psychology aspect belongs to the history of the aria the disaster took place. Thank to the communication net people from the city in the south can always care about the citizens in the north and hear weather they are okay or not. On the other hand the citizen living in the north know, that they are not alone in case of emergency, even via the internet voices would be heard worldwide.

Techniques:
The function of the radio is like a baby-watch system.
The participants must get an own station in their locations and would be provide with Receiver/Sender Units. For public spaces an especially designed Unit must be installed. To connect all Units a net of cables in between the locations along the Culture Mile must be established (partly in use of the telecom-net?). How far the net grows belongs to the amount of people are willing to get a unit installed in there homes.
The Receiver/Sender Units contains a speaker and two buttons: one for receiving and one for sending which can be used separately or in combination like sending and receiving.
CM_Radio is just bearable by the owner of such an Unit or temporary user of public Units and throughout the internet-stream.
What is been broadcast is basically the live conversation in between the candidates being “on air” and/or the atmosphere of the home of those people the sender button is caped in on-position.
It is recommended, that the people having the Unit at home often should keep the send-button at on-position, so that there are always sounds bearable “on Air”. CM_Radio allows at any time the verbal communication in between the citizens of the culture mile, so that the citizen can use if for their private despondent. The online stream would be connected from the communication net via an interface to the Server for to be downloading live. 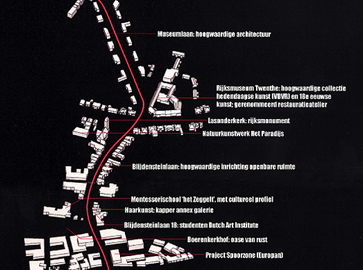